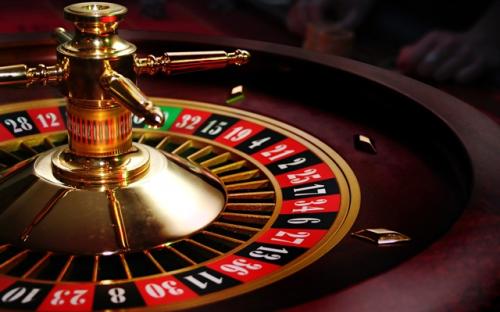 While it is impossible to predict the numbers on which the ball will land, it is wise to use roulette systems that help you establish a logical betting pattern. Mathematics can make the difference even in a game of luck such as roulette, and mitigate the effect losing streaks have over players. The most important thing is that by relying exclusively on a roulette strategy, players are less likely to go on tilt after suffering consecutive loses.

Go against the Martingale with Paroli strategy

This is the exact opposite of the Martingale strategy, so those who are familiar with it will master the Paroli roulette system virtually overnight. Instead of doubling the amount wagered after a losing round, players do it when they win and count on winning streaks to maximize profits. The risk of going broke in a session is minimal because the stake remains of one unit after losing, but the system is not aimed at chasing loses as the Martingale does.

The reason Paroli strategy is usually recommended to beginners is that they don’t need to have a fairly large bankroll to sustain the sequence during losing streaks. Another problem is that a rookie might be tempted to push the system to its limits and continue to raise the amounts wagered more than it is necessary. In case of the Martingale players know to return to one unit after winning, but with Paroli they need to set the limits themselves. Most pros set the quitting point at three consecutive loses, as any streak that lasts longer than this is considered risky and by ending it with a loss, the profits go down the drain.

Players begin by betting one unit and stick to this wager regardless of how lengthy the losing streak is. Things change when they win, because the next bet is supposed to be three times as high and if they win again, they are expected to continue betting the same amount. While this sounds great on paper, the question is when should a player stop during a winning streak and how far should the system be pushed.

There is no consensus but two ideas are more popular, one stating that the player should continue to bet three units until he recuperates his winnings. The other theory is that he can keep betting the same amount until he loses, because in theory he will be betting exclusively the profits. The difference is in most cases reduced to one roulette spin, because the decisive round is the one following the break-even moment. If the winning streak is extended, the player using the Hollandish system wins 3 units, otherwise he loses 3.