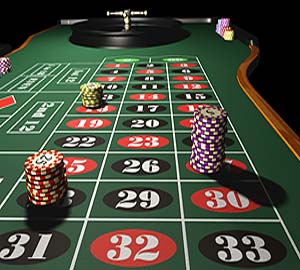 If there is one roulette system that rivals with the martingale in terms of simplicity, then this has to be the D’Alembert Roulette strategy. It was created by a mathematician who lived in the 17th century and it has been used ever since by many of those who frequent casinos. Its merit resides in the fact that it provides players with a sustainable wagering system, that is easy to understand and use even at those roulette tables where the action is intense. The aggressive version of this strategy is aimed at maximizing winnings, in exchange of considerably higher risks so it is only suitable for a select group of players.

To understand how the Aggressive D’Alembert Roulette System works, one needs to have a firm grip on the original version. It states that players start by wagering a single unit and whenever they lose a bet they increase the wager by one unit, while winning a spin will cost him to decrease the size of the bet by one unit. You don’t need to remember anything but the result of the current bet to make the right choice and the system can go on indefinitely, because it won’t put a lot of pressure on your bankroll.

The Aggressive D’Alembert Roulette System works by similar rules, with the exception that when you win a bet, you don’t decrease the wager. Due to the fact that players are expected to increase the bets by one unit and stick to them after winning, means that this version of the D’Alembert strategy can only be used for a limited period of time.

Since players find themselves at the roulette tables with the intention to gamble, the Aggressive D’Alembert Roulette System will not scare them off. The advantage of using it instead of the traditional version is that when you are lucky you win a lot of money quicker and the losses are not too high either.

The problem is that during a break even session, players will sooner or later have to bet huge amounts that very few of them can afford. Since there is no coming back from constantly growing wagers, it is only a matter of time until the Aggressive D’Alembert Roulette System will reach its conclusion. It is not a roulette strategy for everyone and overall the risks taken tend to outshine the benefits.