Plans to implement legalized sports betting in North Carolina are temporarily on hold, most likely until at least the next legislative session, according to Senate President Pro Tem Phil Berger. Senate Bill 668, a bipartisan effort to allow between 10 to 12 licensed operators to offer legal sports betting to North Carolinians (including via computer or smartphone), failed to pass by a single vote when it was put to the test in the state house.

North Carolina’s state government has historically been hostile to the gambling industry, although three Indian casinos operate in Cherokee, Kings Mountain, and Murphy. Video poker games once flourished in the Tar Heel state, but strict regulations were imposed in the year 2000 to restrict their growth. When that proved insufficient, an outright ban was issued in 2007. 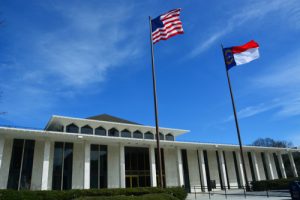 The states with legalized online or mobile sports betting are:

Gamblers who want to play legal, regulated, online table games like roulette, baccarat, or blackjack are out of luck unless they happen to be residents of one of the six states that offer legal online casinos. Those states are West Virginia, Connecticut, Delaware, Michigan, New Jersey, and Pennsylvania. Everyone else who wants to play table games will have to head to one of their local casinos or take a trip to a nearby gambling destination.

Online sports betting is a growth industry in America. More and more states are implementing legal sports betting every year in order to cash in on the lucrative tax dollars. Even areas that have historically been unfriendly to gambling because of their puritan roots are taking a second look.