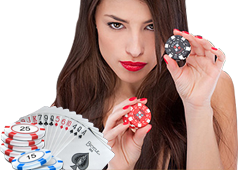 Any roulette player is familiar with the Martingale system, which is basically a loss limiting progressive system that is aimed at keeping players profitable during lengthy losing streaks. It was developed two centuries ago and used ever since by roulette players, who regard it as a guaranteed win system and also a very easy to learn. The Super Martingale is very similar to the original, with the exception that the wagers are not simply doubled by an additional unit that is added into the mix.

If the Super Martingale system wouldn’t be as easy to use as it is, it would have probably died out long before but because of its simplicity it endured. The idea is to wager a unit on events that have a payout of 1 to 1 each time you win and when you suffer a loss double the stakes while adding an additional unit. By doing so, a player will eventually get all his money back and make consistent profits, as long as the losing streak is not extremely long and he has the budget to withstand it.

The string of numbers goes like this 1-3-7-15-31-63-127-255-511 and so on until the losing streak ends and the player returns to the origin of stake of one unit. With the Super Martingale system, it is very important to bet a small amount in the beginning, so that you can afford to double the wager for as long as it takes. Equally important is for the roulette to have a high limit, so you won’t hit it before you actually gain back all your losses.

The Martingale strategy looks great on paper, but unfortunately it is one of the most dangerous systems out there and many roulette players succumb to the risks it incurs. The Super Martingale is even riskier, because losing 10 times in a row will usually mean that players hit the roulette cap and are unable to double up the stakes anymore.

Another serious peril for those who trust the Super Martingale system is that the aggressive progression makes the string of bets unsustainable. Those who don’t have enough money to keep doubling the stakes for more than 10 times, are basically waiting for an inevitable disaster. There are definitely upsides to the martingale system such as simplicity, but following it will not keep you profitable on the long run.

The name is pretty intuitive and it comes as no surprise that the reverse martingale system is also known as the anti-martingale or the Paroli strategy. It is used by players who are looking for straightforward strategies, but don’t like the idea of chasing losses or investing large amounts for the sake of winning a few units. This is a positive progression system, that is suitable for those who are risk-averse and don’t have a large bankroll to fund their roulette expenses. The wagering progression is easy to follow and it revolves around the concept of increasing the bets when winning instead of losing

When using the reverse martingale system or the Paroli, players are using the same betting progression only they double the wager after winning a bet. The idea is to ride hot streaks and extract the maximum profit from them, while losing the smallest amount possible during losing streaks. The player starts by wagering one unit and when he wins he bets 2-4-8-16 and so on until he is satisfied with the profits made and calls it a day. Players have to set strict limits for themselves and quitting points, so that they don’t let enthusiasm cloud their judgment and eventually lose everything they’ve accomplished.

The best thing about the reverse martingale strategy is that it gives players the chance to enjoy their roulette experience. You don’t have to focus on the numbers drawn or make complicated calculations, but stick to even bets that pay 1:1 while doubling the stakes each time you win. There is no risk of losing significant amounts, because if you are out of luck it took a long time to lose the entire bankroll by betting a single unit at the time.

On the bad side, the reverse martingale strategy is not suitable for those who don’t have good control over their actions, and let profits sweep them off their feet. Most players end up losing their money because they don’t know when to stop during winning streaks, and push their luck too much. The ideal way of using this system is by setting a quitting point after three or four consecutive winning spins, so that you bank your profits instead of risking them. In theory this is a good strategy, but the greatest risk of it is human nature and the roulette player’s innate greed.