There are many similarities between the martingale and the Fibonacci Roulette strategy, because both of them are aimed at limiting losses. The difference resides in the fact that this system allows players to increase the amounts wagered gradually, therefore prevents them from losing all their bankroll in a single session. The name comes from the mathematician who discovered the famous Fibonacci sequence, which is used for determining the wagering patterns in this strategy.

It all begins with the players wagering a single unit and if this turns to be a winner they make another bet for the same amount. When the ball lands on a number that generates no payouts, the Fibonacci Roulette strategy requires the player to bet an amount that is the sum of the previous two wagers. Assuming a player goes through a losing streak, the wagering patterns will look like this: 1-1-2-3-5-8-13-21 and so on. You need a minimum effort to make the calculations and that’s why the system is so popular among roulette players. When eventually the player wins, he drops back two places and continues the process.

The Fibonacci Roulette strategy is not only one of the most popular roulette strategies, but also one of the most effective ones for both beginners and veterans. Its simplicity enables everyone to follow a betting routine that is both sustainable and easy to comprehend, which prevents players from going on tilt. One of the main reasons for why people lose large amounts when playing roulette, is that they fail to stick to the plan during both winning and losing streaks. They start betting amounts that are simply too large and when they suffer a loss, they are unable to return to a healthy wagering patterns.

The advantage of using the Fibonacci Roulette strategy instead of the martingale strategy, is that you don’t have to double the amount invested. As a result, players are not required to have a huge bankroll available and they can survive longer losing streaks without breaking the bank. If there is a downside to this system then it has to do with the fact that the profits are relatively small and it takes a long winning streak to achieve something significant. Those who play roulette for fun and are more concerned with limiting potential losses than winning a fortune will appreciate this strategy.

A mathematical approach with Fibonacci system

The famous mathematician who is known for discovering a string of numbers that bear his name now, was also a source of inspiration for roulette players. This system has some similarities with the Martingale strategy, but it is a loss-limiting progressive strategy that doesn’t pose the same risks as the aforesaid one. In practice, a player starts betting one unit and if he loses he continues betting the next number in the sequence described by Fibonacci .

His rule states that the next number is always the sum of the previous two, which means that after losing one unit, the player bets another one (1+0=1) and if he loses again he wagers two units in the next betting round (1+1=2). This rule applies indefinitely until the player finally wins and he returns to the original amount and the cycle restarts. The goal is to limit the potential loss, so don’t be surprised if the profits you make by using the Fibonacci system are not spectacular. On the long run players appreciate the safety net provided by this strategy and the fact that it keeps them in control of the roulette table. 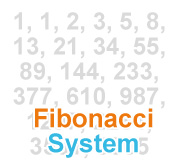 You don’t have to be a mathematician to understand how the Reverse Fibonacci Roulette works, despite the fact that it is based on the sequence of number discovered by one. The idea behind this string is that each number represents the sum of the previous ones, and this is in fact the way the wagering pattern is created for the original Fibonacci roulette strategy. Those who prefer to use the reverse version, don’t need to make significant adjustments but only use the betting pattern for winning streaks.

A quick look at the Fibonacci sequence will show that it looks like 1-1-2-3-5-8-13-21-34-55 and the streak continues indefinitely. You don’t even need to remember anything, because a simple calculation done while playing the roulette is enough to use the strategy successful. Players need to choose a unit and start by using it for the first wager and keep doing so until they win for the first time.

When this happens, they start using the Fibonacci string throughout their winning streak, until they win an amount that they regard as reasonable. Whether this happens, or they lose a bet, the Reverse Fibonacci Roulette compels them to return two steps and continue the progression.

The original Fibonacci strategy is one of the best loss limiting progressive strategies for roulette, and the reverse conversion can also deliver positive results. It won’t help players win back the amount lost during lengthy losing streaks, but they won’t have much to recuperate either because a single unit is invested each time they lose. On the other hand a winning streak can be extremely profitable because the progression is just steep enough to generate large wins if the streaks lasts long enough.

This is where the problems begin as well, because like any positive progressive strategy, the Reverse Fibonacci Roulette can fail due to human nature. When roulette players feel that they are riding a hot streak, they are reluctant to put an end to it and return to the initial unit wager. Since there is no predetermined limit which should trigger the end of the Fibonacci sequence when winning, many players find themselves betting increasingly more until they lose everything. You need self-control and a firm understanding on how the strategy works, to know when to call it a day and cash in your winnings.