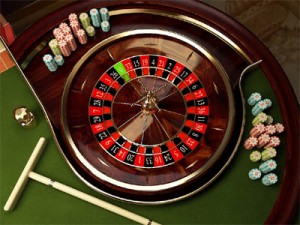 Wagering on numbers is arguably the most profitable way of betting, if you are lucky to have the ball land on the number you predicted. On the other hand this is the less likely outcome, because on the roulette wheel there are 37 numbers so your chances are lower than 3%. The Single repeat strategy is trying to capitalize on the high payouts, while counting on the fact that the odds of having all 37 numbers show without any of them repeating are slim.

This is one extremely simple strategy to follow, because players take a look at the last number drawn and bet a unit on that number when the roulette wheel spins again. If the ball lands on a different number, the next bet will consist of two units being wagered, with one on each of these two numbers. Assuming that a different number shows next, the cycle continues with the player investing three units on these numbers and so on until all 37 numbers are covered. The worst-case scenario is for no number to show twice in this interval, in which case the player will suffer a loss of 666 units.

The Single Repeats roulette strategy will require players to have a significant bankroll and to be patient enough when betting on the numbers. Unlike the martingale system which also requires a sizable amount, in this case the wagers do not increase by more than one unit at a time, therefore the risk of a meltdown is reduced. It is hard to believe that 37 distinct numbers will show without any of them repeating, but this doesn’t mean that this is the only way in which players can lose money. Even if the numbers start repeating themselves at the end of the series, by this time the losses are already major and the profits won’t make a difference.

Another downside of this system is that when practiced in land-based casinos, players might find it hard to place the actual wagers in time. Especially in the latter stages, those who resort to the Single Repeats system will be under a lot of pressure with just placing so many bets. The strategy is worth something but it is hardly a foolproof system and unless you have 666 units to go all the way with it, you would probably be better off.