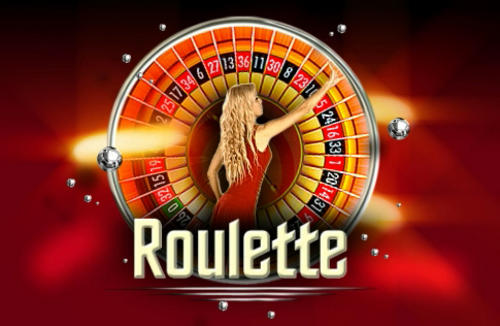 Guetting System is perhaps the most advanced roulette strategy

If you are not intimidated by a roulette system that is more complex and requires a great deal of patience, then you should check out the Guetting Roulette System. Invented by a French player, this strategy works well in mitigating losses and helps players extract as much as possible from their winning streaks. The basic idea behind it is to start with a small amount and claw your way to the top, with a positive progressive system that demands the players to increase the wager when they are winning.

Master the levels of the Guetting Roulette System

Unlike most roulette strategies that revolve around a simple string of numbers, the Guetting System uses four distinct levels. Level I consists of only two units, level II has a sequence that looks like this: 2-4-6, while level III has a string of 8-12-16 units. Last but not least, level IV has 3 stages and their progression is 20-30-40, so in order to follow this strategy without errors it is recommended to write all of them down.

The progression is also slightly different from what players are used to when experimenting with other strategies, and the goal is to move upwards when you win. After each successful round, the player bets the same amount and if he wins again he moves to the next stage, where he also bets twice in a row. It is very difficult to reach the final stages but those who have a winning streak that is that long, will win impressive amounts by following the Guetting System.

Set some limits for yourself

Losing triggers an entirely different sequence, and players are demanding to return to the previous stage instead of going back to the first step. By removing back within the same level or the level below, the amount wagered can still be pretty high, but at least in theory you will be betting the profits. This is why it is very important to start with small units, so in case the winning streak is not long enough to offset the future downswing, you won’t get busted.

Those who use the Guetting Roulette System should set stop loss limits and don’t give in to the temptation of chasing losses because this can prove very costly. The same applies to winning streaks, which needs to be ended by the player even if luck seems to be on his side. By indulging in streaks that are too long to be sustainable, you risk having your luck reversed and turn a winning session into a losing one. The bottom line is that the Guetting Roulette System works better for those who are meticulous and have excellent self-control, because it is vital to know when to call it a day.

Roulette guide – Recommended for all Gamblers 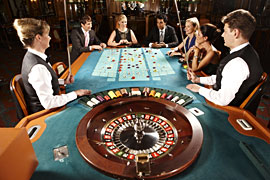 Roulette is a game which has no strategies that can confirm a sure shot win. It is solely dependent on one’s luck at a particular point of time. Roulette is played differently for different versions of it like the American style of Roulette is different from the European and French version. The basic understanding of this game revolves round the spinning wheels with blocks that include a color with numbers ranging from 1 to 36. All you need to do is bet a cash amount on your favorite number, after which the wheel is spun and a ball is thrown across the wheel, if the number at which the ball stops is exactly the same number that you had chosen , then you are announced as the winner of a certain amount of cash prize.

Every gambler has this basic knowledge of playing roulette, what he doesn’t know are all the significant strategies, rules and regulations pertaining to this game , which if studied correctly can help them master their skills as a roulette player thereby increasing their chances at winning. There are many free versions of online roulette guide offered by various websites that will help you get a detailed understanding of Roulette gaming skills. It is therefore recommended for gamblers all over the world to pursue with this game after referring these instruction manuals.