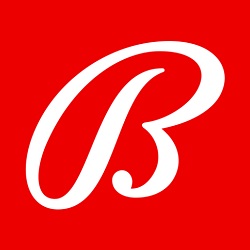 Bally’s plans to build a massive entertainment complex are well underway, having beaten out rivals Hard Rock and Rush Street Gaming for city council approval. They have filed an application with the Illinois Gaming Board, and if approved, hope to have a temporary casino up and running within a year.  The plan is to build the facility at the old Chicago Tribune’s printing plant in River West. The temporary casino will be located at the Medinah Temple on Wabash Ave.

The new casino will have 170 table games and 3,400 slots, as well as a 500-room hotel, a 3,000-seat theatre, and six restaurants. There should be some substantial benefits to the city from the project. They have already received a 40 million dollar payment which is expected to shore up the police and firefighters pension fund. They will also see annual payments of 4 million dollars while the complex is being constructed, and once the casino is fully operational it is expected to generate tax revenue for the city in the amount of 200 million a year. In addition, the construction is expected to create three thousand jobs, and the casino complex itself is expected to create another three thousand jobs.

Opposition to the Ballys plans

Despite the backing of powerful political interests, there was some opposition to the casino plans. A number of aldermen and citizen groups spoke out against the proposal. Public health groups frequently cite a link between casinos and crime. They also warn about the dangers of promoting gambling. At the same time, some academics have found that casinos can be an economic boom, attracting tourists and creating jobs. Most gamblers do so responsibly, and for them, a casino can present the opportunity for a fun night out on the town.

The genesis of the idea for this casino came in 2019 during the mayoral campaign when candidates Toni Preckwinkle and Lori Lightfoot both advocated for the project. In 2019, mayor Lightfoot ordered a study to examine the potential ramifications of a casino development within the city. Bidding for the project wasn’t opened up until April of 2021 and Bally’s was selected as the winner in May of 2022. Chicago city officials have been lobbying for a casino in order to increase city revenues for quite some time.

The project will be undertaken in three phases. First, a temporary casino will be opened while construction at the main project is ongoing. Secondly, the first phase of the main project which is expected to cost 1 billion dollars will be completed. This phase will see a 100-suite hotel room, 95 table games, and 2700 slots. Then, after they see sustainable returns of 20% from their initial investment, an additional 600 million dollar expansion will see the project to completion. While the temporary casino is expected to open in 2023, the permanent casino is not projected to be finished until 2026.